Home LEO News FCSO FCSO Nabs ‘Catch me if you Can’ Wannabe from NY on Florida... 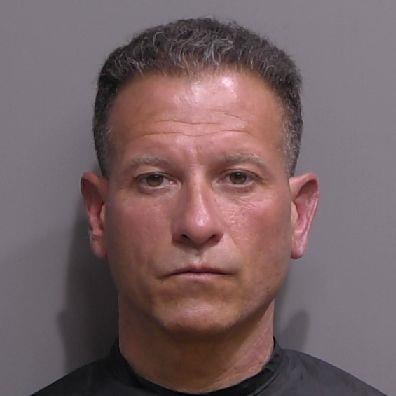 On Friday, July 9, 2021, the Flagler County Sheriff’s Office (FCSO) Real Time Crime Center (RTCC) notified deputies of a stolen gray Nissan Rogue with a New York tag that was on Palm Coast Parkway. The vehicle and tag were both reported stolen from separate car dealerships in New York.

When deputies found the vehicle parked at a local restaurant unoccupied on Boulder Rock Drive, they staked it out and later observed a male and female approaching it. Contact was made with the occupants, and the male was unable to be positively identified during questioning due to his lack of cooperation and providing a false name. The subjects stated they were on their way to a resort in Orlando for vacation.

The male told deputies he lost his driver’s license and had a paper in the vehicle with his information on it. The paper read John Desernio (DOB: 8/17/1970). The FCSO received a photo of Desernio’s driver’s license from New York, and the photo did not resemble the subject. Deputies notified the male who refused to provide further information about his identity.

Utilizing investigative techniques, the male was later identified as Joseph Borelli (DOB: 2/2/1973), after using the alias of Joseph Borello before being identified by FCSO. He has also gone by John Doe, John Borello, and John Keith, and has several social security numbers registered to his aliases. It was confirmed that Borelli had an active warrant in New York for Burglary.

Upon conducting a vehicle search, dozens of hotel cards and 13 checks, ranging from $50 to $9,000, were recovered, totaling approximately $20,000 in forged checks. The company listed on the checks confirmed they were stolen and stated a van was stolen from the company in April 2021 that had a large number of blank checks in the vehicle. A check written to a specific vendor for $175 that was in the van was recovered in the stack of checks Borelli had in the recovered stolen vehicle.

The female subject was released upon the conclusion of the investigation and determined to be unaware of the vehicle and tag being stolen.

“This guy thinks he’s a real Frank Abagnale of ‘Catch Me If You Can’ impersonator with all his alias’ and blank checks,” said Sheriff Rick Staly. “But unlike Abagnale, he made the mistake of stopping in Flagler County and was immediately caught! Our Real Time Crime Center team and deputies did a great job investigating and arresting this criminal. He never made it to the Orlando resort but he did make it to the Green Roof Inn.”

Joseph Borelli was arrested and transported to the Sheriff Perry Hall Inmate Detention Facility. He is being charged with Fugitive From Justice, Grand Theft of a Motor Vehicle, Petit Theft, Providing False Name to Law Enforcement, and Possession of Forged Notes, Checks, or Bills. He is being held on no bond.