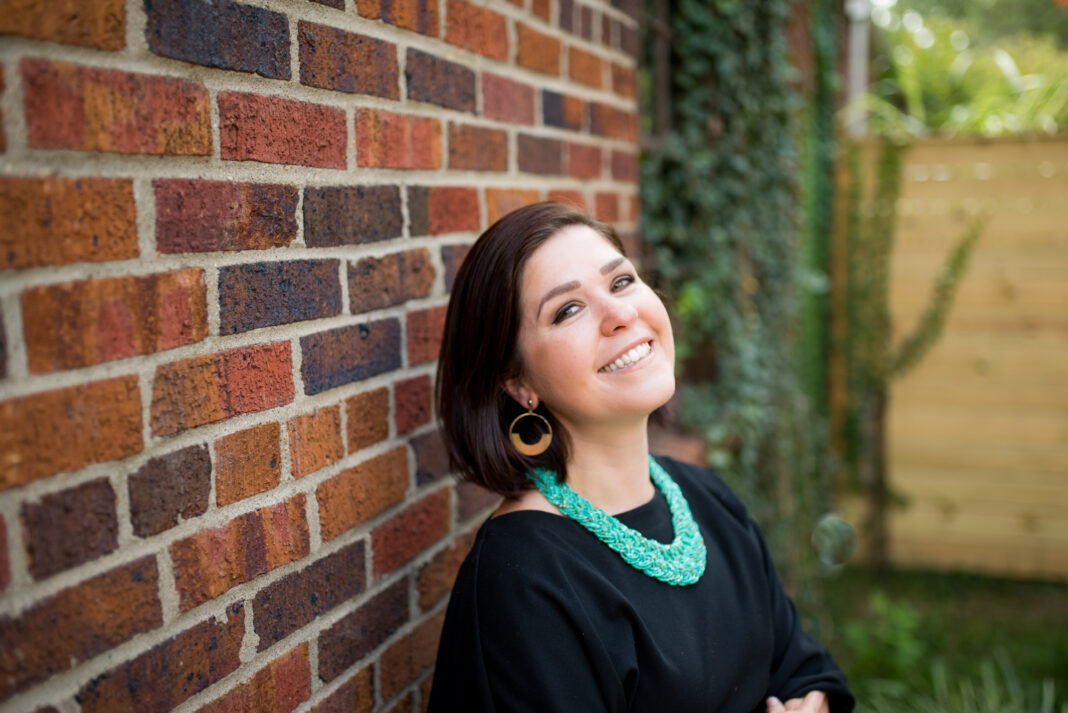 Tell readers a bit about yourself (personal/professional).

My signature can be seen on the class of 2005 signature board at Flagler Palm Coast High School. Like so many, I dreamed of going to New York City which is how I ended up at New York University after graduating from FPC. Through a series of events I describe in my memoir, I decided to take Arabic as a foreign language and ultimately earned a degree in Middle Eastern and Islamic Studies.

As part of my studies, I chose to study abroad in Cairo, a decision that ultimately changed my life in more ways than I could have expected. I not only met the man who later became my husband, but also decided that a semester was not enough to truly experience the culture and moved back after graduating from NYU. What was supposed to be a “gap” year before going to graduate school turned into a four year journey that included living through the 2011 Egyptian revolution.

While in Egypt I also decided I did not want to become a lawyer like I had planned almost my entire life and instead chose to get an MBA at the University of Virginia’s Darden School of Business. I then spent almost eight years in management consulting and now am a Federal civil servant, a longtime dream.

My husband and I now live in Washington, DC with our two-year-old daughter who was born in April 2020 right as the COVID pandemic began shutting down much of the country. I have also continued my cross country career, having run for FPC in high school, and have completed two marathons and numerous half marathons.

What prompted you to write your book “Not There Yet” and how did writing it and seeing it completed impact you as not just an author but a subject?

The initial motivator was seeing the events play out in my current home city of Washington, DC on January 6th and being fearful for what that meant for our country. But the other more personal reasons centered around trying to find meaning and purpose as a new parent grappling like we all were with the COVID-19 pandemic. It was a scary time in so many ways and writing became almost therapeutic, particularly because the time period of my memoir was during another difficult and uncertain time – the Egyptian revolution. My book is not only a story about Egypt and the Egyptian revolution but also one about how to live through uncertainty and fear but still find hope.

Balancing writing with a more than full time job and an infant was no easy task. It often meant early morning wake ups to frantically write as my daughter (and the rest of the world) slept. But the proudest moment I had that made everything worth it was when my book arrived and my daughter looked at it and said “Mama’s book!”

What are the lessons learned or the take away you hope readers will grasp?

The biggest takeaway, the one that inspired the entire book and still makes concerned on a routine basis, is the importance and fragility of democracy, of our democracy.

I believe many of us continue to take for granted that we can vote in free and fair elections, freely write critical Facebook posts about government leaders, and can watch late night comedians make politicians the punchline of a joke.

My book is about showing a different country at a different inflection point and how difficult that decision point can be and how fortunate we are to have freedom’s that many around the world routinely put their lives on the line to obtain. It is meant to highlight our privilege and help us understand where the path of election denial and voting restrictions can lead us.

But the second lesson I hope people take away is that we also are “not there yet” in terms of where we could be either. We still do not have equity or systemic justice. We have some haves and many more have nots. Increasingly it is harder for people to achieve economic mobility. We have a lot of work to do as a country and society to have productive and constructive dialogue to create a place where all can thrive.

With a global perspective, how do you think we can create a more inclusive society while still maintaining individuality?

One of the stories I tell in the book is witnessing prejudice my best friend in high school (and still!) experienced because of her Pakistani heritage. She moved to Palm Coast a couple years after 9/11 and there was a large amount bias against Muslims at that time. I also talk about several incidents my husband, who is Egyptian, experienced after he immigrated to the United States.

While I carried a lot of privilege with me to Egypt, I did also get a taste of what it felt like to live as a minority in another culture. Those tastes ranged from looking around the room or the street and not seeing anyone who looked like me, or having attention drawn to myself because I looked and dressed differently, or simply experiencing the country-wide celebration of holidays I did not celebrate, like Ramadan or Eid.

I experienced the feeling of not being able to fully express myself in those moments as I know my husband and best friend similarly experienced in America.

To me, inclusivity enables individuality. If we cannot all feel included in our community expressing our individuality becomes impossible and sometimes even dangerous.  Without inclusivity, feeling or looking different can hold people back from learning and growing and contributing to society.

We cannot all express our individuality if we cannot be inclusive – through our words, actions, and laws – and therefore as a society, global and local, we will miss out on incredible individuals that may never feel empowered to live to their fullest potential.

Coming from a family involved in politics, government, civic engagement and the private sector, who has the most impact on you and inspired you to aim the highest?

My Dad, Jim Manfre, is the former Sheriff of Flagler County and my Mom, Cornelia Manfre, has worked in real estate and run in two local elections in Flagler County. Both have also served in leadership capacities in a variety of community and school organizations.

My parents have always stressed the importance of doing the right thing and helping those around me. They encouraged every passion or big dream I ever had – including moving to Egypt right after college – and gave me the space to make my own mistakes along the way. My journey from Egypt to management consulting to Federal government would not have happened without taking numerous risks and failures. My parents taught me how to pick myself back up after a failure and to never, ever stop trying.

The other major influence in my life is my maternal grandmother. In another time, she would have become a doctor maybe even a surgeon. Instead, she was discouraged from attending college, got married, had four children, and got her nursing license later in life. She talked non-stop about medicine, constantly learning throughout her life. Although she has passed, she inspires me every day to aim as high as I can see – both because she believed I could and because she didn’t have the opportunity to do that herself.

My biggest wish for my daughter is for her to see me aiming and achieving high so she knows she can too. 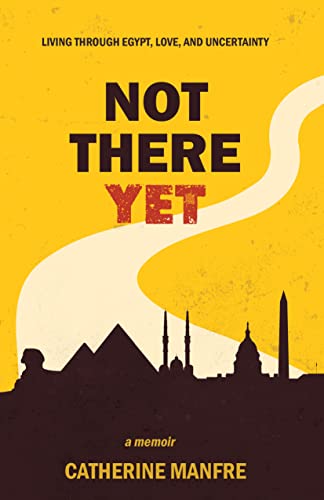 Amazon.com: Not There Yet: Living Through Egypt, Love, and Uncertainty eBook : Manfre, Catherine: Kindle Store

The Big Five … with Greg Feldman

Stories of Survival: A Family History Saves Next Generation of Lives

Mentors Get Shout Out From Flagler County Education Foundation