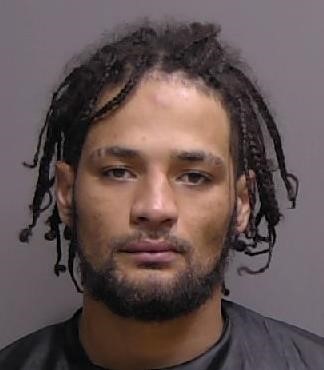 The Medical Examiner’s Office ruled the victim’s cause of death as complications of a gunshot wound to the head.

“Unfortunately, the victim never recovered from her injuries. We extend our deepest condolences to the victim’s family whose lives were permanently altered nearly two years ago. I applaud our entire team, including our Major Case Unit who investigated this difficult case. It is my hope he will spend a long time in prison for his actions that day and then trying to cover up his crime before getting the victim medical help,” said Sheriff Rick Staly.

On Friday, March 26, 2021, at approximately 9:45 AM, the Flagler County Sheriff’s Office (FCSO) Communications received a 9-1-1 call from Brenan Robert Hill (DOB: 3/19/1989) who was screaming and stated that he was driving to Advent Health Palm Coast because his girlfriend, the victim, had been shot in the head.

Hill initially explained to dispatch that his girlfriend was shot in an alleyway by the Microtel with a pistol. Hill described the assailant as a black male who had approached Hill’s car asking to buy weed. When asked where the shooter was, Hill replied that he did not know.

Simultaneously, FCSO Communications received a phone call from Hill’s mother, Alicia Varnish. She stated that her son had just told her that he was robbed and that the assailant had shot his girlfriend in the head. Hill’s mother stated multiple times that her son was “32 years old and innocent”.

At 9:50 AM, Hill arrived at Advent Health Palm Coast where medical personnel were standing by and removed the victim from Hill’s vehicle, and began rendering medical treatment. By 9:54 AM, FCSO deputies arrived at the hospital and spoke with Hill.

Hill told deputies that he and the victim had been staying at the Microtel Inn and Suites on Kingswood Drive for the last two weeks but that they had to leave today because the room was already booked for Spring Break. Hill stated that he and the victim had driven to the Graham Swamp West Trailhead parking lot and were attempting to book another hotel room when the black male approached the car and shot the victim.

Further investigation revealed that Hill had an active warrant for his arrest in connection to a Domestic Violence charge from Pennsylvania and he was taken into custody as a fugitive from justice. At that time he was also arrested on additional charges from the FCSO for Hashish Possession, Marijuana Possession, Cocaine Possession, Possession of Drug Paraphernalia, and being a Fugitive from Justice. He was transported to the Sheriff Perry Hall Inmate Detention Facility.

In the following months, FCSO’s Major Case Unit was able to steadily build a strong case against Hill using technology and forensic evidence that ultimately identified him as the shooter and disprove his original claims of a robbery. This victim suffered a life altering injury and continues to need 24-hour care.

On June 14, 2021, Major case detectives served Hill with a warrant on charges of Attempted Second Degree Murder. He continues to be held at the Sheriff Perry Hall Inmate Detention Facility on no bond.

“I want to thank our entire team, especially our investigative services division, and Real-Time Crime Center for their incredible work in finding the facts of this case,” Sheriff Rick Staly said. “This guy tried to cover-up his crime and hide the gun before he even called 9-1-1. He was not concerned with saving his girlfriend’s life, but instead saving his own skin and trying to avoid taking any responsibility for his actions. The victim is very fortunate to still be alive but this attack will affect her the rest of her life.”

Hill has been previously charged by law enforcement 19 times on charges ranging from domestic violence, various narcotic arrests and thefts in Florida and Pennsylvania.

The FCSO wants to remind residents that if they or someone they know is a victim of domestic violence that help is available. For immediate help dial 9-1-1 or call the FCSO Non-Emergency line at 386-3134911.  For more information click here.