Home On the Spot 55.50 Pounds Of Medications Collected During October’s National Drug Take-Back Day in... 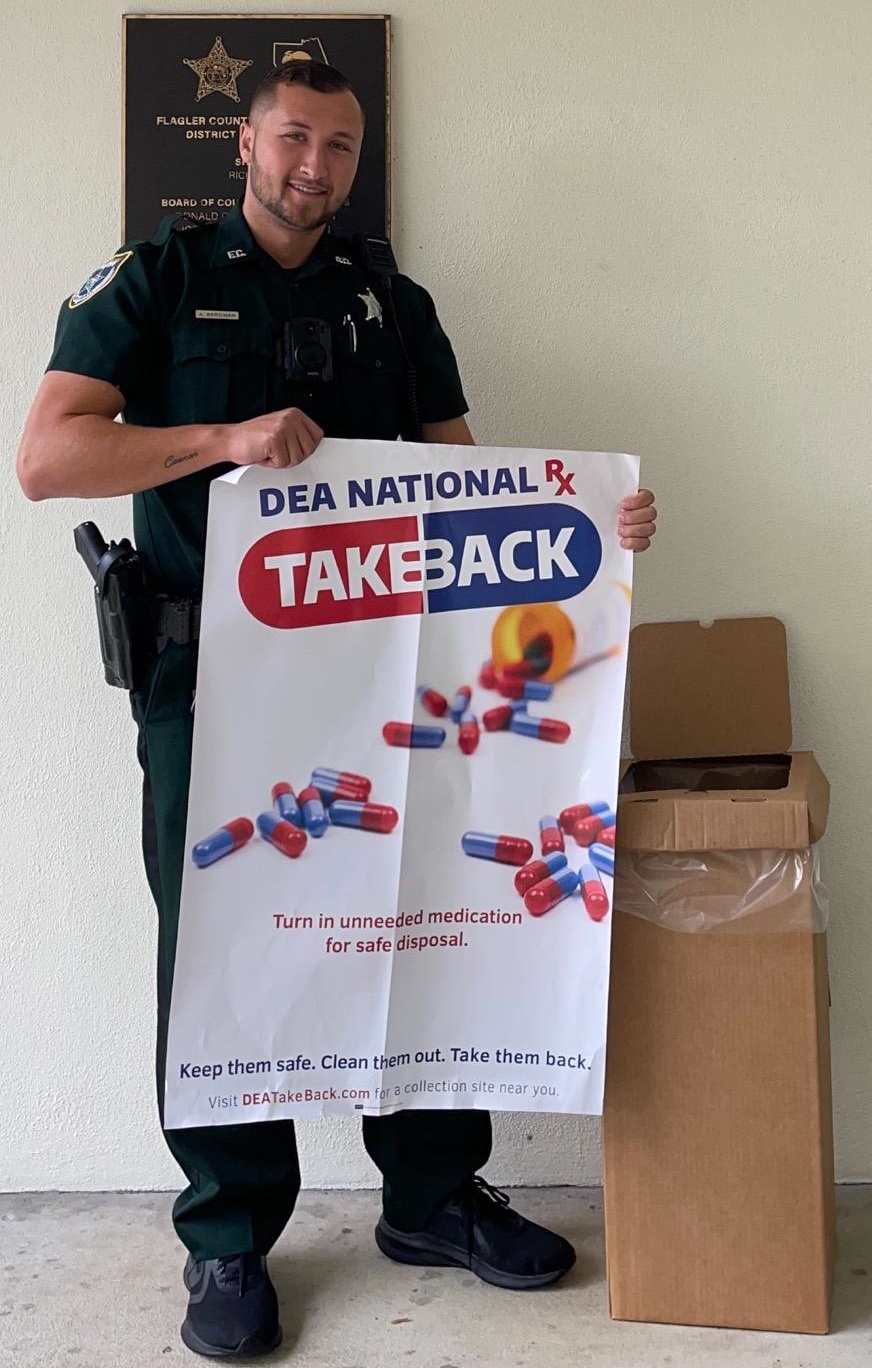 74.75 pounds were collected by FCSO during the DEA’s last National Drug Take-Back Day on April 30, 2022, bringing the combined total of unwanted or unused medications collected by FCSO this year to 130.25 pounds.

“It wasn’t the best weather to be outside, but we appreciate everyone who braved the rain to bring those unwanted medications to our deputies for disposal,” said Flagler County Sheriff Rick Staly. “Every little bit we collect helps curb the abuse of prescription medication in Flagler County.”

The medication collected on Saturday came from one of four collections sites set up in Palm Coast, including FCSO’s District Two office and three Publix locations. These four locations were among the over 4,000 locations nationwide accepting unwanted or unused medications at no cost for disposal. All medications collected are turned over to the DEA for proper disposal. These drugs will not be tossed into local landfills or dumped into the local water supply.

If you weren’t able to go and still have unwanted medications to dispose of, you can do so at a year-round drop-off location near you. The Flagler Beach Police Department (FBPD) has a year-round prescription disposal box inside the front lobby of their headquarters at 204 South Flagler Avenue. It’s accessible during normal business hours, which are 8:00 a.m. to 6:00 p.m. Monday through Friday. No needles or fluids of any kind are accepted by
FBPD.