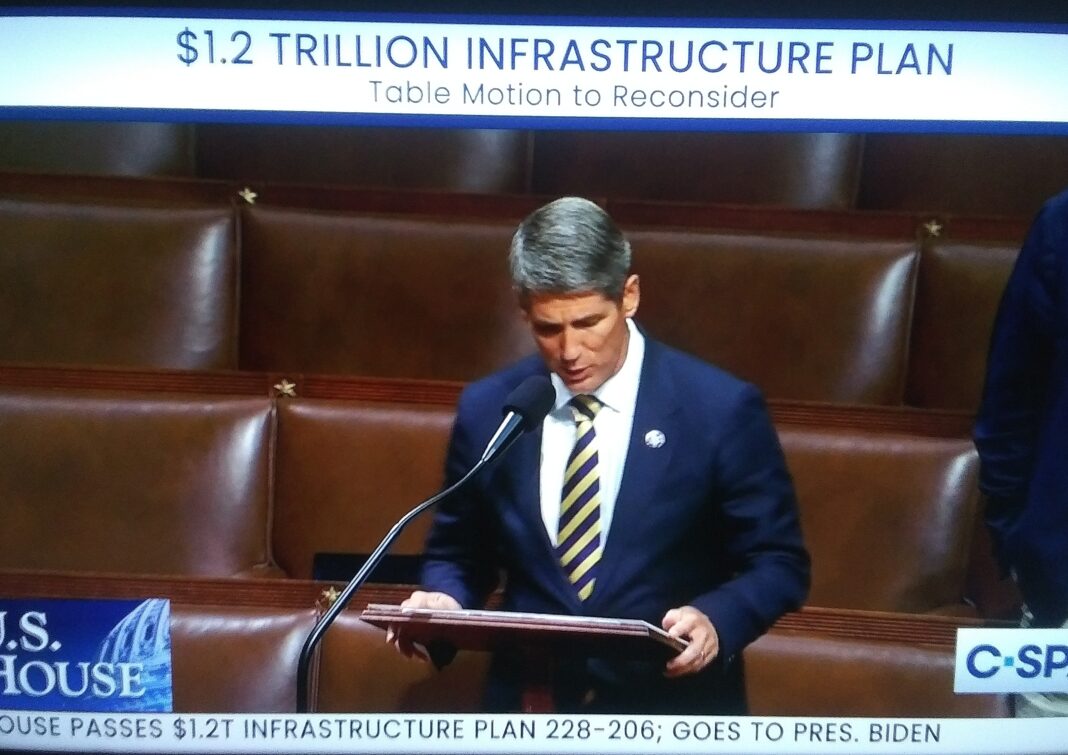 Washington, D.C. (November 4, 2021) After a week that left Democrats in Washington D.C. reeling with the loss of seats during elections across the nation on Tuesday, November 2nd, it became a high stakes game of politics this week to secure a win. On Friday night the U.S. House of Representatives reached an agreement shortly after 11 p.m. to pass the bipartisan $1.2T Infrastructure Plan with a 228-206 vote.

Passed by the U.S. Senate in August 2021, the Infrastructure Plan had been tightly tied to an unpopular $3.5T progressive social spending package, drawing backlash from the American public and causing moderate Democrats to shy away even after negotiations have whittled down the price tag to $1.75 trillion.

“Today, House Democrats are building back better for the American people. The long-overdue investments in our nation’s infrastructure included in the bipartisan Infrastructure Investment and Jobs Act will grow the economy, strengthen our global competitiveness, create good-paying union jobs that can’t be sent overseas, and make our communities more resilient, livable, and equitable. In particular, this bipartisan infrastructure bill will make badly-needed improvements to our rail systems, bridges and highways, transit, water, and broadband infrastructure, as well as our ports and airports—investments I have championed for years, both in the minority and majority, and under Republican and Democratic administrations.

“Furthermore, this bill will help ensure our infrastructure can face our most pressing challenges, including an important down payment on addressing the climate crisis head on by reducing carbon pollution from the transportation sector, as well as upgrading our port infrastructure to help alleviate the current supply chain crisis.

The Infrastructure Investment and Jobs Act now heads to the desk of President Joe Biden for signature.