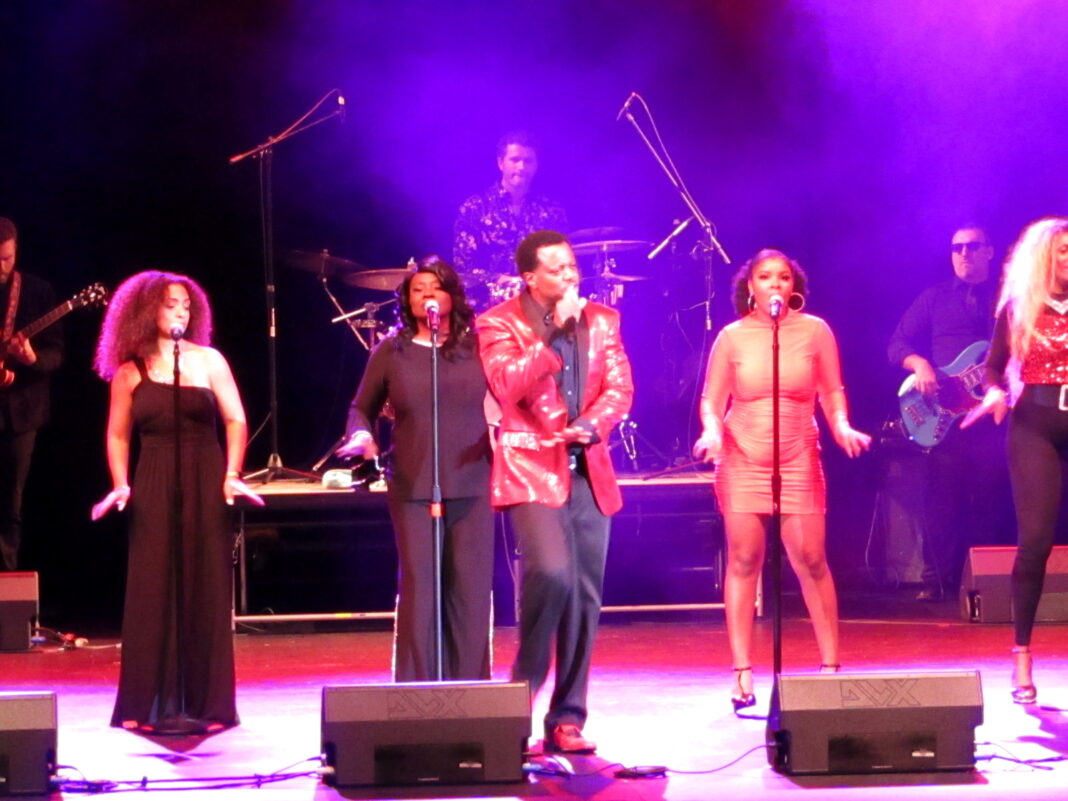 PALM COAST, Fla. (January 15, 2023) – A resurgence in interest for music from the 60s is sweeping the nation as movies like ‘Elvis’ make their way from the silver screen to television. New generations are discovering the music that has served as the foundation for today’s rock ‘n roll, hip hop and R&B for decades, rooted in genres like gospel, jazz, and the blues.

Bringing a Motown swagger to the stage, the Tampa-based national touring act Sounds of Soul warmed the hearts of music enthusiasts with songs spanning a variety of music eras on Sunday evening.

Motown & Mo’ director and president of City Lites, Inc. Jimmy Sims shared his appreciation for the talent on stage.

“I think this is a great show. A lot of personality, different personalities, and I love that.”

With a love for the classics, Sims favors the positive messages conveyed through the music of yesteryear.

“This show, we need more of this type show because we’re a diverse community,” he said.

“We want to support it because we’re all a community of one. I think this community, people from the 60s and the 70s, are the core of this community. We pass it on. I have a son that’s 51 and he goes to all these concerts, the oldie but goody concerts because I brought him up that way. Really I do not like the type of music out there now, rap music, degrading women and everything. Motown didn’t do that. It was about love and pure singing.”

The show was dedicated to a longtime Motown & Mo’ cast member, 83-year old Mavis Smith, who also served as a volunteer at the Flagler Auditorium, and passed away on January 7, 2023.

“She volunteered all over the community and was just here last month volunteering here and ushering here,” said Flagler Auditorium Director Amelia Fulmer. “I think volunteers (like her) always give us the family feel that we have here.”

Flagler Auditorium Governing Board member Ralph Lightfoot was moved by the tribute to Smith.

Enthusiastic about creating more opportunities for African-American residents to experience shows at the Flagler Auditorium, Lightfoot hopes to encourage more people in the community to learn about the performing arts venue.

“This is great. We tried to get more people to come out, especially from the African-American community. We have to figure out how to reach them and let them know what’s going on at the Flagler Auditorium. A lot of people don’t understand what the auditorium is about. It’s amazing.”

Taking place one day before the observance of Martin Luther King, Jr. Day on Monday, Lightfoot said the timing of the show was perfect.

“Music is the universal language. We just need to do more of it and get more people to participate in it to understand it,” he said.

The Flagler Auditorium has continued to attract new and returning patrons this season with an all-star lineup of shows. January’s entertainment continues with ‘The Bronx Wanderers’ on January 20, followed by ‘The World of Musicals’ on January 25, and ‘Bachelors of Broadway’ on January 29th.

Visit www.FlaglerAuditorium.org for tickets and details.