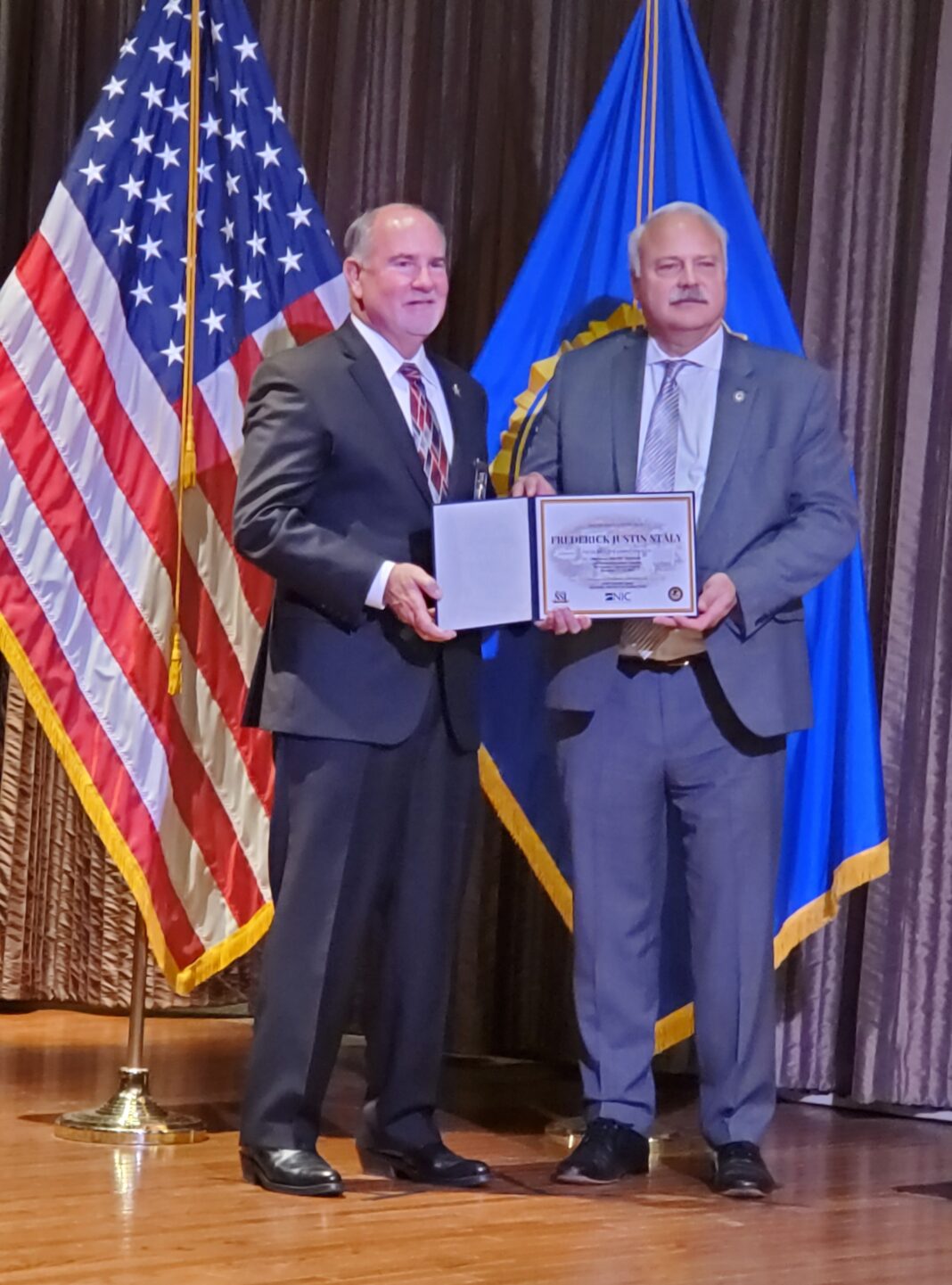 BUNNELL, FL – Flagler County Sheriff Rick Staly recently graduated from the 2nd session of the National Sheriffs’ Institute – Jail Administration course held in Quantico, Virginia, at the FBI Academy. This invitation-only course was provided at no cost to Flagler taxpayers and is provided by the National Institute of Corrections (NIC), U.S. Department of Justice, in collaboration with the Major County Sheriffs of America (MCSA).

Sheriff Staly was invited to join 21 other Sheriffs from across the country for training on contemporary challenges around correctional facility operations, including the sheriff’s role with the community, the legal implications of operating a jail, the sheriff as a leader in the jail, critical aspects of jail operations, assessing the jail operation, and jail improvement planning. Attendees were self-nominated or nominated by the Major County Sheriffs of America, Small and Rural Law Enforcement Executives Association, Committee of State Sheriffs’ Associations, or the National Sheriff’s Association.

The NSI is the only executive leadership training program designed specifically for Sheriffs to prepare them for all matters that impact the Office of Sheriff. The NSI was first developed and presented in the early 1970s in response to a need by Sheriffs to meet the evolving demands of the office.

NSI now has two main courses of study—the NSI Leadership Development course, which prepares firstterm Sheriffs for success in office and strengthens the leadership skills of elected Sheriffs; and the newly developed NSI-II Jail Administration course, which enhances the Sheriffs’ knowledge of their responsibilities in leading the operations of a correctional facility. Sheriff Staly had previously graduated from the 112
th Session of the NSI Leadership Development program.

“Since being elected Sheriff, it has been my mission to make the Sheriff Perry Hall Inmate Detention Facility, also known as the Green Roof Inn, one of the best jails in the country,” said Sheriff Rick Staly.

“Our detention facility provides many ways for inmates to learn lifelong skills and treatment programs for inmates to improve their chances of success and becoming productive citizens. Programs such as our culinary program and sewing program have allowed inmates who have been released to achieve gainful employment in our local community while maintaining their sobriety through techniques learned within our jail. While there is always the opportunity for improvement it was gratifying to know that our accredited detention facility and detention team are now on the cutting edge of successful programs being offered in a jail setting.”

Sheriffs that attended the class operate jails ranging from 8 beds to over 1,000-bed detention facilities.