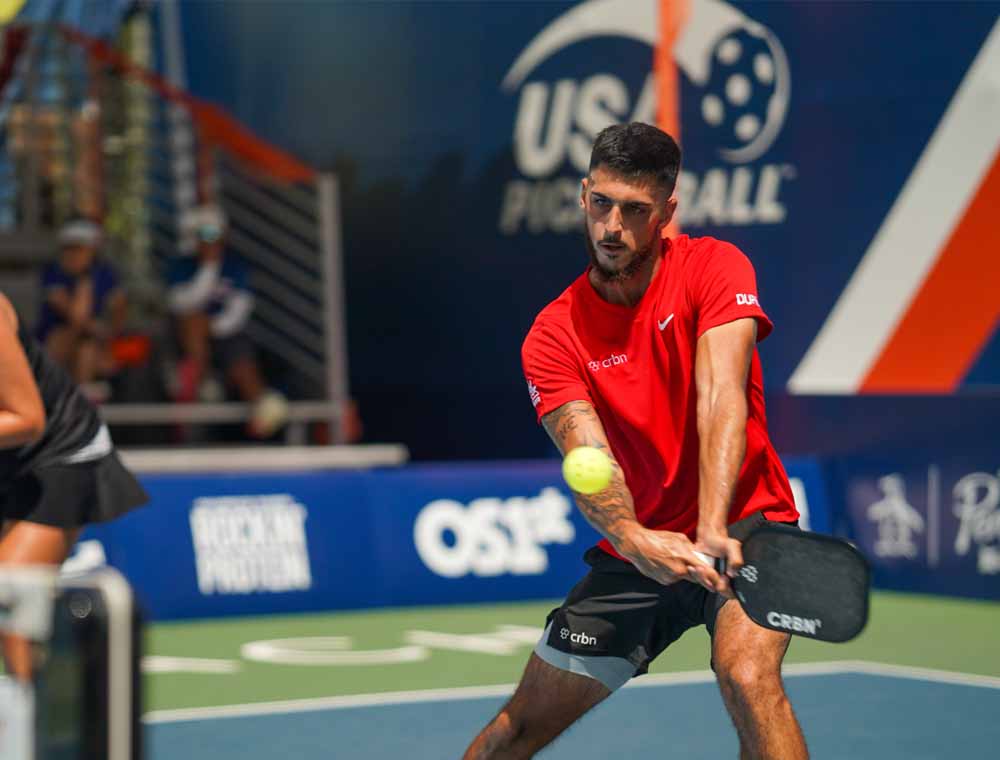 USA Pickleball and the Association of Pickleball Professionals (APP) will again partner next year to stage the NCS. All five series events will be part of the 2023 APP Tour, including the series opener to be held February 8-12 in Daytona Beach, Florida at Pictona at Holly Hill. The NCS will then move to APP stops in Mesa, Arizona (March 29-April 2) and Cincinnati (May 10-14), before visiting the famed USTA Billie Jean King National Tennis Center in New York City (May 24-28). The Series will conclude at the Consumer Cellular USA Pickleball Newport Beach Championships in Newport Beach, California (June 28-July 2).

The USA Pickleball NCS provides the opportunity for amateur pickleball players to compete to earn a Golden Ticket by finishing first in their age and skill division(s) to automatically qualify for the National Championships. All APP Tour and NCS events are sanctioned by USA Pickleball, and all players are required to be current USA Pickleball members. To register, visit apptour.org or pickleballtournaments.com.

“Heading into the new year, we are thrilled to share the schedule for the USA Pickleball National Championship Series and welcome our growing community to these five high-level tournaments,” said Stu Upson, USA Pickleball CEO. “The NCS events feature some of the best competition and overall experience the sport has to offer. They also provide players with the opportunity to punch their Golden Ticket for the 2023 USA Pickleball National Championships and play at the famed Indian Wells Tennis Garden. We extend our gratitude to the APP team for their continued collaboration on the NCS.”

“As pickleball continues to grow, the APP and USA Pickleball have another very exciting year ahead, and to be hosting five NCS events in partnership with USA Pickleball just serves to increase the anticipation for the forthcoming season,” said APP Chief Marketing Officer, Tom Webb. “The opportunity for elite pros, right through to amateur players, to compete at such great events, including the iconic Billie Jean King National Tennis Center, is one of the many reasons so many people are coming into pickleball – we’re already excited to see who will make it through to Nationals.”

USA Pickleball is the National Governing Body for the sport of pickleball in the U.S. and provides players with official rules, tournaments, rankings and promotional materials. The mission of USA Pickleball is to promote the development and growth of pickleball in the United States and its territories. The association is a nonprofit 501(c)(3) corporation and governed by a board of directors and professional staff who provide the guidance and infrastructure for the continued growth and development of the sport.

Founded in 2019, the Association of Pickleball Professionals (APP) elevates the sport of pickleball by providing elite platforms for the best players in the world, right through to the millions of people picking up a paddle for the first time. Serving professional pickleball players, senior professionals, amateurs and recreational players in the fastest growing sport in the USA, the APP is the first and only tour officially sanctioned by USA Pickleball. The 2023 APP Tour slate has 15 tournament stops planned, including four Majors and two Championships, in addition to International and Collegiate Series events. The APP also prides itself on developing the next generation of champions through its Next Gen Series and other youth initiatives. Follow the APP via APPTour.org, on Instagram, Twitter, Facebook and YouTube.

Summer School Is Cool with Teens-In-Flight