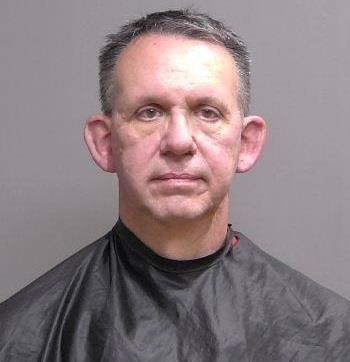 UPDATE (12-21-2022): Robert W. Orr was re-arrested Wednesday night (December 14, 2022) by FCSO’S Major Case Unit on nine additional felony charges. Orr was charged with an additional five counts of video voyeurism and an additional four counts of unlawful use of a two-way communications device. He has since posted bail and released from the the Sheriff Perry Hall Inmate Detention Facility on $45,000 bond.

FCSO has identified at least four total victims recorded as far back as 2018. FCSO’s Digital Forensics Unit and the St. John’s County Sheriff’s Office assisted the Major Case Unit in accessing encrypted files on Orr’s laptop which led to the most recent charges. All of the victims were unknowingly being recorded by hidden video cameras within the condominium.

This brings Orr’s total charges to twelve counts of video voyeurism and six counts of unlawful use of a two-way communications device. He has posted a total of $90,000 in bail.

“We knew when we arrested this pervert this was likely not his first time,” said Sheriff Rick Staly. “Our Major Case Unit has combed through his seized technology and worked hard to bring justice to the victims in this case. I encourage anyone else that thinks they may have been a victim to contact us.”

FCSO’s Major Case Unit continues to search for additional victims in this investigation. Anyone who believes they may have been a victim is urged to contact FCSO at (386) 313-4911.

During a forensic analysis of the electronic equipment seized from Orr’s apartment, investigators found multiple videos and photos of the third victim in various stages of undress and using the bathroom. Some of the images date back to 2018.

FCSO detectives contacted the third victim and she informed the detectives that she was not aware of being recorded and that she would like to pursue charges.

Orr has been charged with three counts of video voyeurism and two counts of unlawful use of a two-way communications device. He has since left the Sheriff Perry Hall Inmate Detention Facility after posting $25,000 bond.

FCSO’s Major Case Unit continues to search for additional victims in this investigation. Anyone who believes they may have been a victim is urged to contact FCSO at (386) 313-4911.

PALM COAST, FL – The President of the Las Brisas Condominium Association within the Matanzas Shores community faces four felonies for installing a video camera inside a condominium without the owner’s permission, focused on the master bedroom.

59-year-old Robert William Orr turned himself in at the Sheriff Perry Hall Inmate Detention Facility last night (September 6, 2022), where he was booked on four counts of video voyeurism. He has since been released after posting $20,000 bond.

The Flagler County Sheriff’s Office (FCSO) was first notified of this incident on August 30, 2022 from a female victim who did a weekend stay at a condo. As she was packing up to leave, she discovered a plugged-in USB camera hidden inside of an indoor flower pot located in the master bedroom she was sleeping in.

FCSO’s Major Case Unit examined the camera and found that it contained video of two people in various stages of undress inside the condo, including the female who filed the report and a male who was also staying in the condo that weekend. It also contained videos of Orr testing the camera inside his own condo before it was placed in the flower pot.

“This pervert installed video cameras in a condo that he was a caretaker for so that he could view people inside without their knowledge or consent,” said Flagler County Sheriff Rick Staly. “It’s a disgusting invasion of privacy. Our Major Case detectives did great work to get this pervert in handcuffs and taken to the Green Roof Inn.”

The condo owner told detectives that the condo is usually unoccupied but she does allow people to stay there at times as guests. The condo owner confirmed that Orr was allowed access to that condo to check on its condition since she lives out of state.

Detectives obtained a search warrant for Orr’s residence where they found several spy cameras along with other kinds of electronic devices. Those devices are being analyzed by FCSO’s Digital Forensics Unit.

“I’m urging anyone who has allowed Orr unsupervised access into their home to check for secret recording devices and to contact us right away if they find anything suspicious,” Sheriff Staly added. “At this time, the evidence suggests that Robert Orr acted alone.”

Matanzas Shores Property Management has cooperated fully with FCSO in this investigation.

Orr has no prior criminal record in Flagler County.

A Life Worth Binge Watching: The Good, The Bad, The Ugly