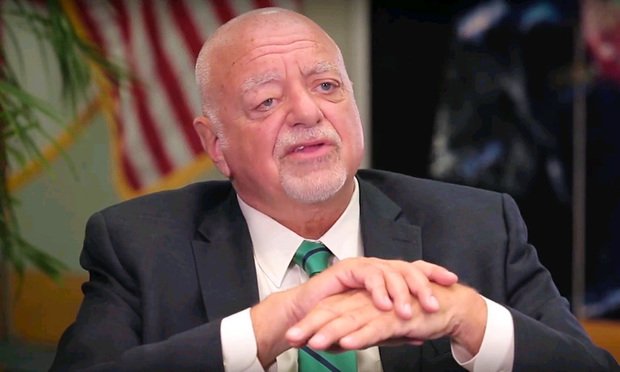 TALLAHASSEE, Fla. —Today, Governor Ron DeSantis announced the appointment of Peter Antonacci as Director of the Office of Election Crimes and Security, housed within the Florida Department of State. The Office of Election Crimes and Security is charged with investigating all election crimes in Florida and overseeing the implementation of measures that will ensure Florida’s elections remain secure. Antonacci has had an extensive career in public service, including experience in election security as a Deputy Attorney General, Statewide Prosecutor, and Broward County Supervisor of Elections.

“Peter Antonacci has dedicated his career to serving the state of Florida,” said Governor Ron DeSantis. “I am confident he will lead the Office of Election Crimes and Security with integrity and ensure that Florida’s elections are the most secure in the nation.”

“I applaud Governor Ron DeSantis for appointing Peter Antonacci as the first Director of the Office of Election Crimes and Security,” said Florida Secretary of State and Chief Election Officer Cord Byrd. “In Florida, our freedoms and rights are protected by the rule of law and our elections are no different. Judge Antonacci’s formidable knowledge of Florida election law and his experience as a Supervisor of Elections will ensure that our laws are enforced and that voters have confidence in our elections.”

“Free and fair elections are vital to our democracy, and I applaud Governor DeSantis for selecting such a respected, experienced attorney to lead this important mission and provide assurance to voters that anyone who commits elections fraud will face justice,” said Attorney General Ashley Moody.

“I applaud the Florida Legislature and Governor Ron DeSantis for creating the Florida Office of Election Crimes and Security to help ensure the integrity of our elections,” said Polk County Sheriff Grady Judd. “Having confidence that when we cast our vote, it is counted fairly, is critical to our representative democracy. I’ve known Peter Antonacci for many years and he is ethical, hardworking, and committed to acting with integrity. He will call balls and strikes. I trust him to make decisions that will strengthen our right to vote. Peter is the right person at the right time for this very important position.”

“Election crimes have deep impacts on the security of our state and our nation and investigating them is a very complex matter that sheriffs in our state have a responsibility to address,” said Steve Casey, Executive Director, Florida Sheriffs Association. “Peter Antonacci is an experienced and skilled choice to lead Florida’s efforts to investigate election crimes and ensure the security of Florida’s elections. The sheriffs look forward to working in partnership with the new agency in carrying out their responsibilities under law.”

“I have had the opportunity to work with Peter as a fellow Supervisor of Elections,” said Mark Earley, Leon County Supervisor of Elections. “I trust he will serve the people of Florida with an even hand to ensure the continued fairness and sanctity of our elections process. Peter understands the complexities of election law, and the need for a reserved and judicious application of the power this new office wields.”

Antonacci’s long career in public service began as a trial prosecutor in the Second Judicial Court and has included many other roles, most recently serving as Director and Chief Judge of the Division of Administrative Hearings, following his appointment as Broward County Elections Supervisor in 2018. Previous to that role, Antonacci has served as Deputy Attorney General of Florida under former Attorney General Bob Butterworth, CEO of Enterprise Florida, General Counsel to former Governor Rick Scott, Palm Beach County State Attorney, and Executive Director of the South Florida Water Management District. Antonacci graduated from Florida State University School of Law.