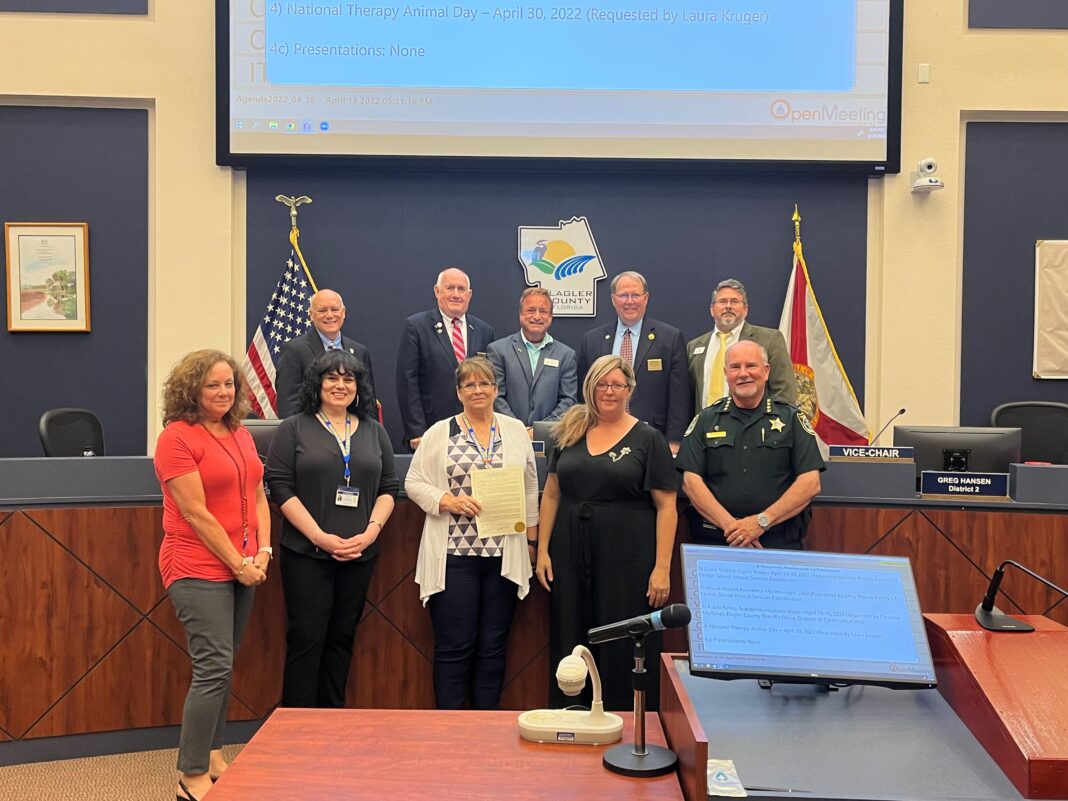 Since his election in 2017, Sheriff Staly has made the protection of victims’ rights a major initiative for FCSO. Part of this initiative included the implementation of ankle monitoring GPS systems. These devices are designed to empower and improve the safety of domestic violence victims, when offenders are ordered by the judge to wear them. Sheriff Staly also supported and endorsed the passage of “Marsy’s Law” which gave victims additional rights.

In 2018, the FCSO received Agency of The Year for its Domestic Violence Initiatives during National Crime Victims’ Rights Week and in 2020 the FCSO received the “Leadership in Victim Services Award” for midsize agency by the International Association of Chiefs of Police (IACP).

More recently, FCSO showed tremendous care to a victim of domestic violence in Flagler County who had called for assistance when her long-time boyfriend made threats against her life. FCSO deputies intercepted the suspect after he drove through the night to confront her to make good on his threats.

The FCSO victim advocates were made available to the victim during this time. This case, and cases like it, are great examples of how the FCSO works to put offenders in jail and support crime victims in Flagler County.

Since 1981, National Crime Victims’ Rights Week (NCVRW) is a time to renew our commitment to serving all victims of crime, to acknowledge the achievements in victim services and allied professions, to honor those who have gone above and beyond in their service to others, and to remember crime victims and survivors.

Coquina Coast Brewing Company To Host A Christmas to Remember Benefit on Dec. 2