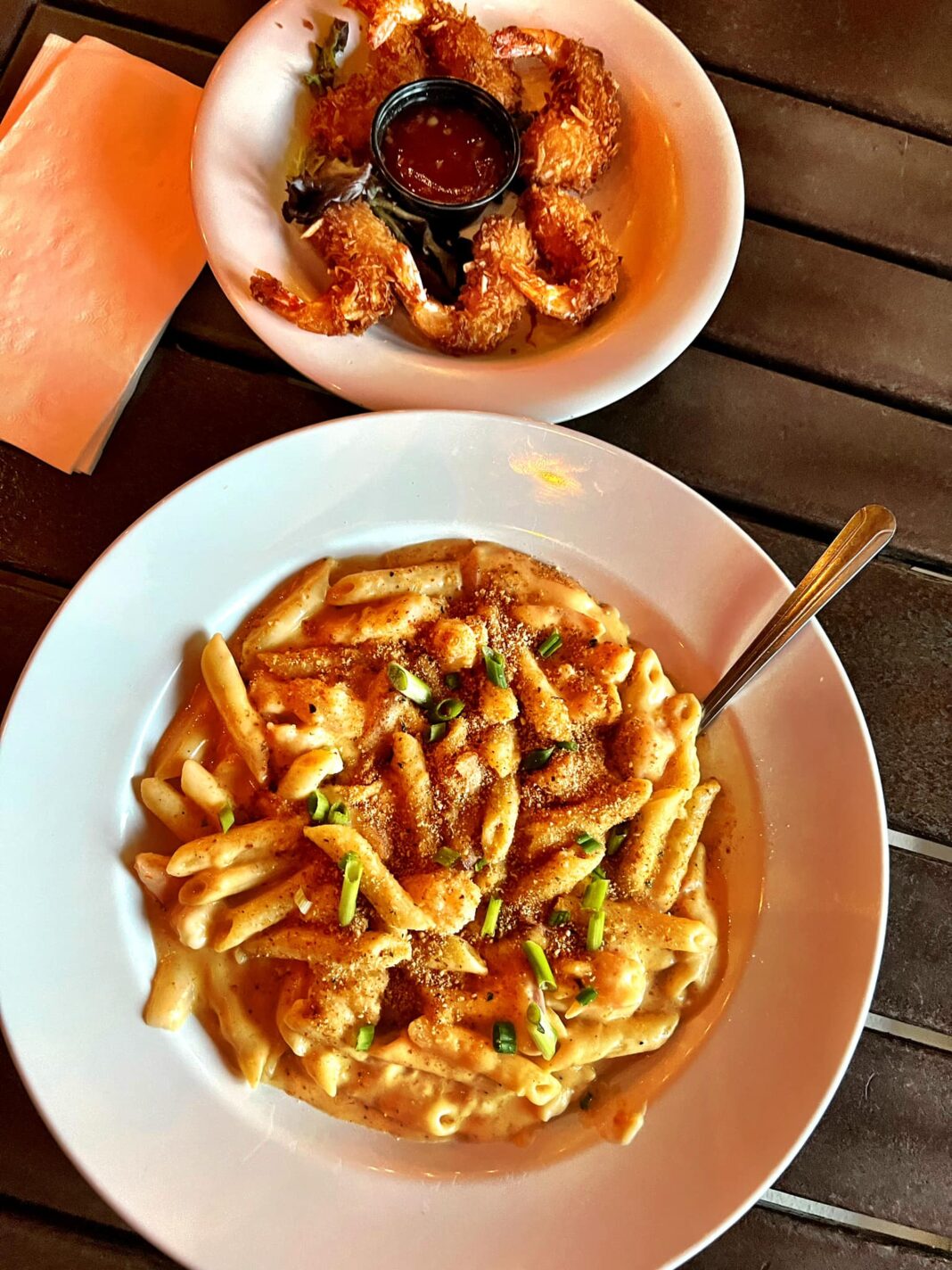 Since I’m living in Hammock Beach during the week while I’m teaching theater at Matanzas High School, I decided to review the restaurants along Highway A1A here in Flagler County.

Tonight I had dinner at Oceanside, which features a beautiful rooftop deck that is probably the most characteristic thing about the restaurant—but a storm was rolling in, so I sat in the very pleasant and pet-friendly enclosed porch downstairs.

Their Monday special was shrimp macaroni, to which I always say yes. I learned from watching THE SOPRANOS that many Italian chefs call all pasta “macaroni,” and so far I’ve found that to be true in Flagler County. Tonight’s macaroni was actually Penne pasta in a homemade cheese sauce with big pieces of jumbo shrimp in every forkful. The portion was large enough that it could have been shared, something I would never do, but just be aware that it would easily make two solid meals.

I also ordered their coconut shrimp, which was delicious and came with Thai chili sauce.

My only regret was that it wasn’t breakfast time, because I want to try their eggs benedict which I hear are amazing. I’ll let you know if I get the chance to be here for breakfast.

In conclusion, order the macaroni, bring your puppy, and live your best life here in Flagler Beach. 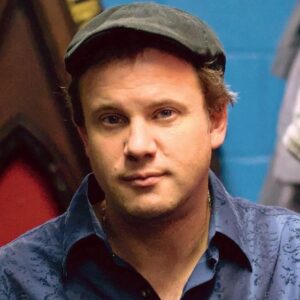 Jamie Brendlinger is the theater instructor at Matanzas High School and owns Duckie’s Vintage in Oviedo, Florida. He is currently refurbishing a 1973 Eldorado convertible that he drives up and down A1A looking for the best mac and cheese and the best deals on used records.

Team Feed Flagler Preps to Serve Thanksgiving for More Than 1,000

Flagler Broadcasting Rocks the 386 with Taste of the Fun Coast