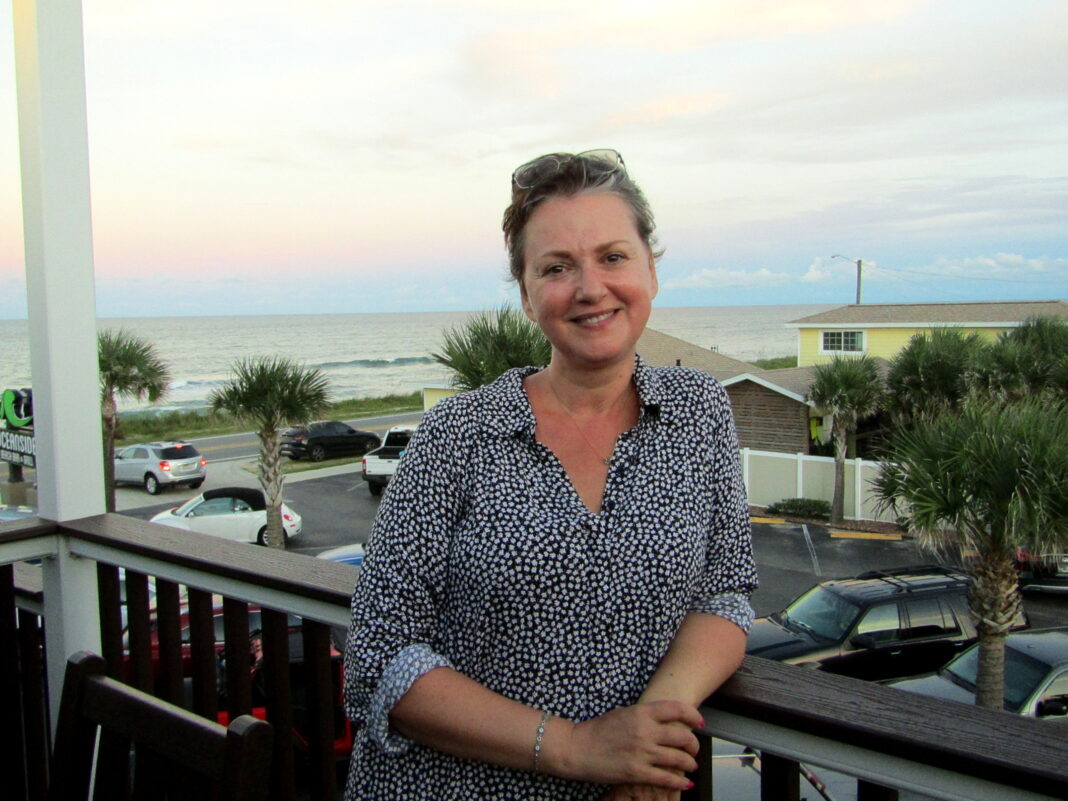 FLAGLER BEACH, Fla. – Something was calling her back to the states. A premonition, if you will, urging her to find her family’s next home back in the states after being stationed in Germany.

The feeling was so strong she began the search for the family’s dream home here in Flagler County in October 2015. After settling in with the couple’s daughter while they waited for her husband to complete his military tour and retire, she began process of catching up on her regular checkups.

It was then 45-year-old Natalia Stroud learned she had breast cancer.

“In Germany they are only required to do mammograms every 4 years, so in 2012 before we moved to Germany, I had my mammogram and it was fine. Something happened and I had an urge, a premonition I needed to get out of Germany. I guess I was already sick, but I didn’t know. My body knew, my brain knew, but I didn’t know.”

With no family history and a life of clean living, Natalia had done everything right according to medical recommendations.

“I didn’t smoke, I didn’t drink much, I breast fed both of my kids, natural birth. I was not a candidate for a typical breast cancer diagnosis,” she said.

A routine mammogram gave her physician pause, and because her breast tissue was dense, ordered a follow-up ultrasound, which discovered the Stage 3 disease.

“I went to the doctor and he felt like there was something there. The next thing I go to the ultrasound. On July 15th I got my diagnosis. It was four weeks since we came home. And that was it. Next thing you know we were scheduling a lumpectomy, then a double mastectomy, and I am in a whole different world, a whole different place.”

Working closely with Dr. Sai at AdventHealth Palm Coast’s Cancer Center, Natalia relied on both her 9-year-old daughter and her extended military family for support, as she moved quickly forward with her treatments.

“It took nine months. I got diagnosed in July (2016) and then I think March or April was my last radiation because I had to have extensive chemo and then extensive radiation. My husband was still in the service, he couldn’t leave, he was still on orders, but his commanding officers made everything possible for him to come as often as he could,” she said.

Natalia is blunt. The premonition saved her life.

“I pretty much dodged a bullet. This homecoming became something different. It became a survival,” she said.

“I remember my feeling was total out of body experience. When you’re living and the healthiest person in the world, you think you are, and all of the sudden you’re a cancer patient.”

In the midst of it all, Hurricane Matthew hit Flagler Beach in the fall of 2016.

“You don’t evacuate until you have to. I forgot I was sick and started packing,” she said wry humor.

Reflecting On the Past, Grateful for the Future

The month of October is marked by pink across the nation and for Natalia it’s a poignant reminder of her own battle, a journey that is never far from her thoughts.

“I remember we were driving after I got my diagnosis and lumpectomy and crossing the bridge. If you’re a local, you know that crossing the bridge is very special here,” she said. “You’re crossing the bridge and all of a sudden see this open vista of ocean and houses and everything and it became one of my favorite things to do. It became something different – how long do I have? I was so young. I became angry at everything.”

“Then I started to look at it, this whole thing happened for a reason. This place, this ocean, this beach, these people. It became my healing place,” she said.

Now, she urges other women to not only go for their mammograms and additional testing if needed, but to advocate for themselves if something feels or seems off.

“My daughter has been with me through all of this and now she’s well aware of her body,” said Natalia. “She’s well aware of looking for the signs because now she has a mother who was diagnosed at a young age. I’m super vigilant about my body, her body and that’s what we need to do.”

“We’re busy when we’re younger, with children, careers, everyday life that we forget about ourselves. Unfortunately, my doctor said this cancer is getting younger. If you have any indication that something is off with your body, it’s better to over diagnose yourself than under. I had signs but I chose not to believe in it. I had signs that something was off. Subconsciously my brain knew about it. Don’t let this disease take away your life from you.”

One Night of Queen Rocks the House at Flagler Auditorium

Lessons In Leadership From the Teacher: Overcoming Mistakes