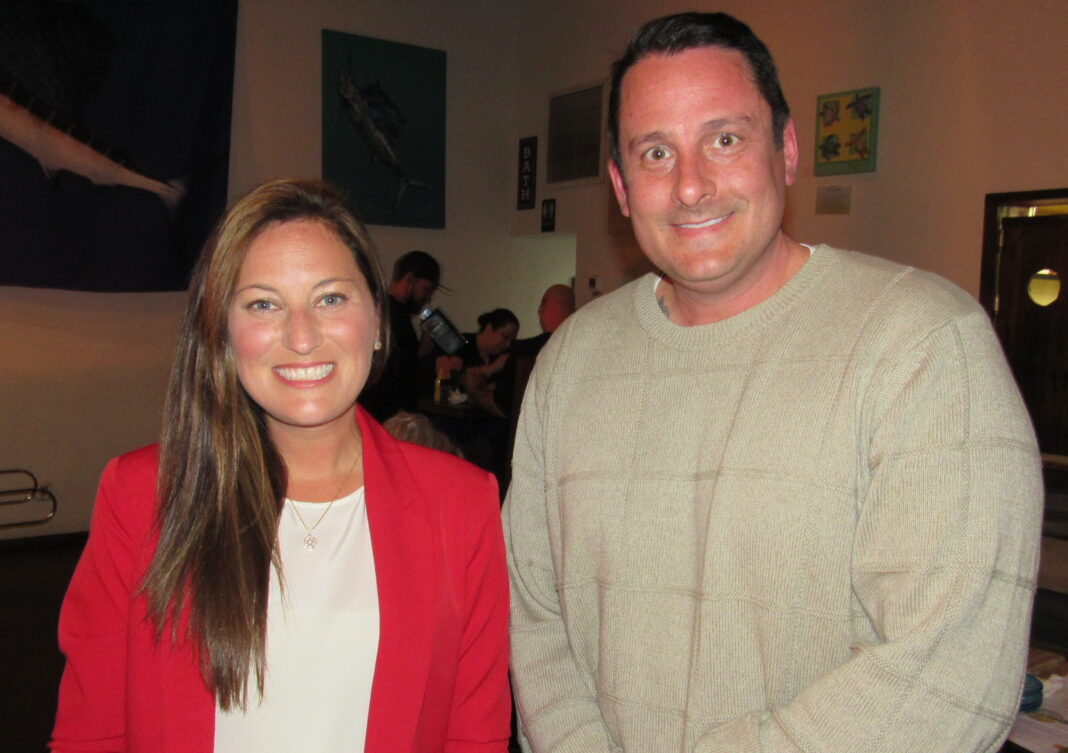 Flagler Beach, FL – Earning more votes that both of the candidates running against her combined during the March 2nd election, Suzie Johnston is set to be the next mayor of Flagler Beach.

With a 32 percent voter turnout, it was a nod of confidence from residents for the first-time candidate, who was poised and gracious as close friends and family celebrated the win at Tortugas Florida Kitchen and Bar on Tuesday evening.

“I’m beyond humbled,” she said. “I’m just very excited and can’t wait to step into Linda P.’s shoes and continue on the path of everything great that she has done for the city.”

As for her next steps, Johnston is looking forward to working with incoming city manager William Whitson, hired in mid-February.

“William Whitson comes with a wealth of knowledge and experience and I can’t wait to hit the ground running with him.”

Suzie Johnston’s mother Suzanne Johnston, who serves as the Flagler County Tax Collector was thrilled for her daughter as she continues on the Johnston legacy of public service.

“I am so proud of my daughter for stepping up and trying to make Flagler Beach the best that it can be,” said the self-proclaimed ‘First Mom of Flagler Beach’. 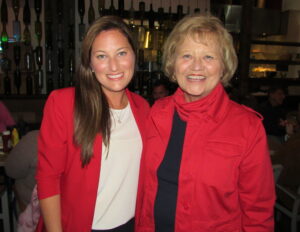 “All through the history of the Johnston family (it’s about) public service, and trying to make the county the best place it can possibly be,” she said. “It is a great honor to be able to serve the residents of Flagler County, City of Flagler Beach and City of Bunnell. We’re a proud family to be able to do this.”

“I’m so happy to pass the baton to Suzie,” said Provencher. “She will be an amazing mayor and a great representative for the city.”

Also re-elected to serve three years on the Flagler Beach City Commission, Eric Cooley said he’s ready to tackle the city’s priorities and was grateful for the continued support of voters.

“It means a lot. It’s nice because we have not been able to do our regular daily progression of items that we’re trying to do,” said Cooley.

“We had a pandemic, hurricanes, the death of a city manager, hiring a new city manager. We’re behind on a lot of the initiatives that we want to accomplish. Fingers crossed, hopefully we have some normal years and we can really get this city back on track with where things need to be with all initiatives we’ve been trying to work on.”

“We have a new city manager, and we have new people on the board – we need to get that locked down and then once we get that in place, budget for it and let’s start moving forward with that. We’ve been stagnant and we have a lot of stuff that we need to do.”

Johnston and Cooley will be sworn in at the next meeting of the Flagler Beach City Commission on March 11, 2021.   Results: https://enr.electionsfl.org/FLA/2862/Summary/