PALM COAST, Fla. (December 3, 2022) Building excitement with each update, organizers of the Palm Coast Holiday Boat Parade made Saturday night’s event one of the must-do things for residents and visitors this season.

Lining the banks along St. Joe Walkway, parking was at a premium at Waterfront Park and European Village as eager families headed out early to nab a spot. 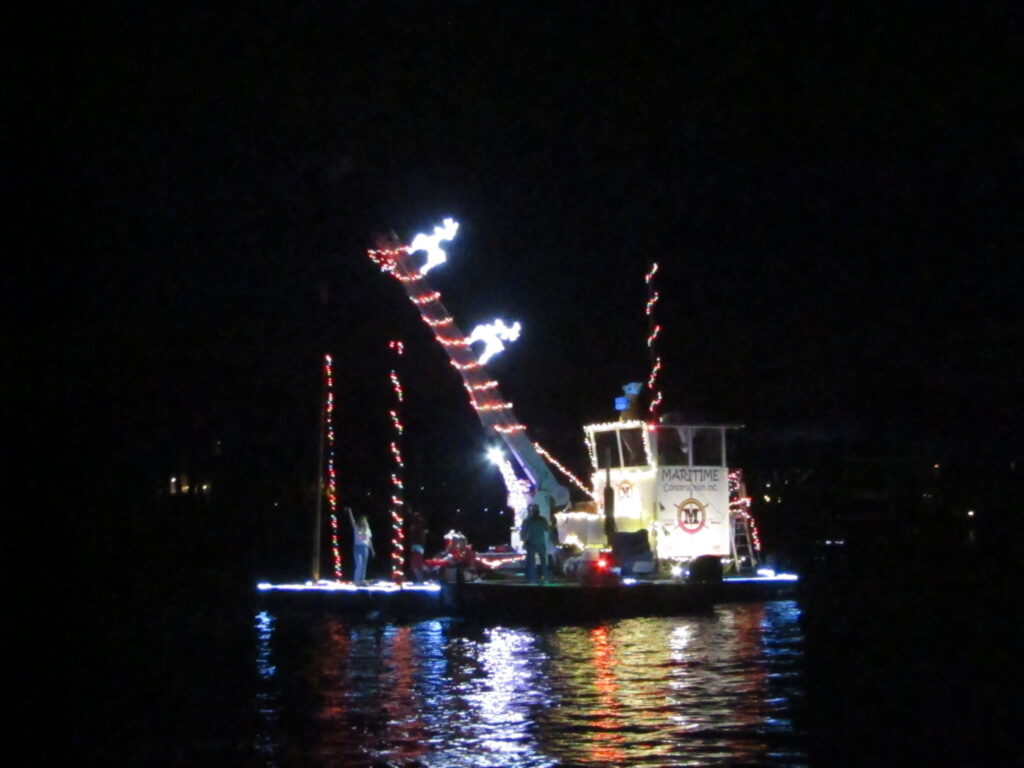 By six o’clock live coverage started and KOOL 100.9 FM along with the City of Palm Coast were live and on air with commentary for viewers and listeners at home and abroad, as Flagler Broadcasting’s President and general manager co-hosted boat-by-boat commentary alongside singer Linda Cole and Palm Coast former first lady Priscilla Netts.

Dedicated to the memory of Flagler County Education Foundation’s Joe Rizzo, who passed earlier this year, the turnout for the annual holiday boat parade broke the parade’s previous record of 74 boats, with 90 boats participating this year. 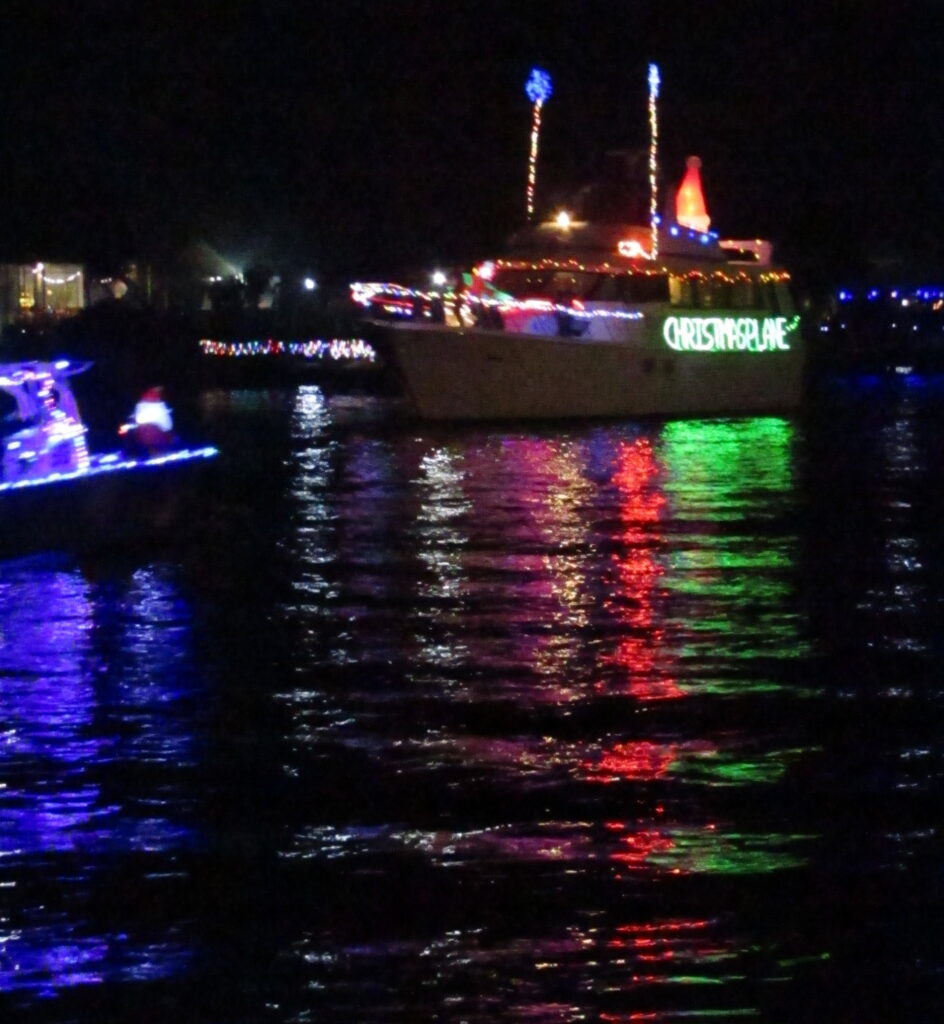 Cars lined the Hammock Dunes Bridge with spectators hoping to enjoy the parade from above and the line of festively decorated boats stretched north as far as the eye could see, looking like stars in the distance against the inky water. 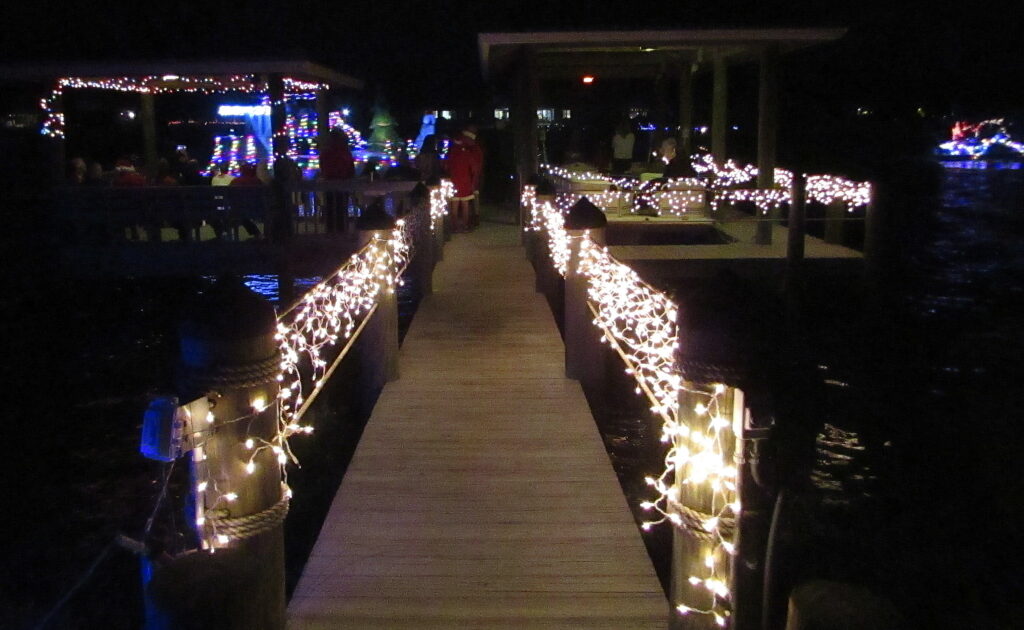 House parties hosted by ICW residents offered up unobstructed views, music, food and fun as boats zipped down the waterway and back, wishing revelers a happy holiday season. 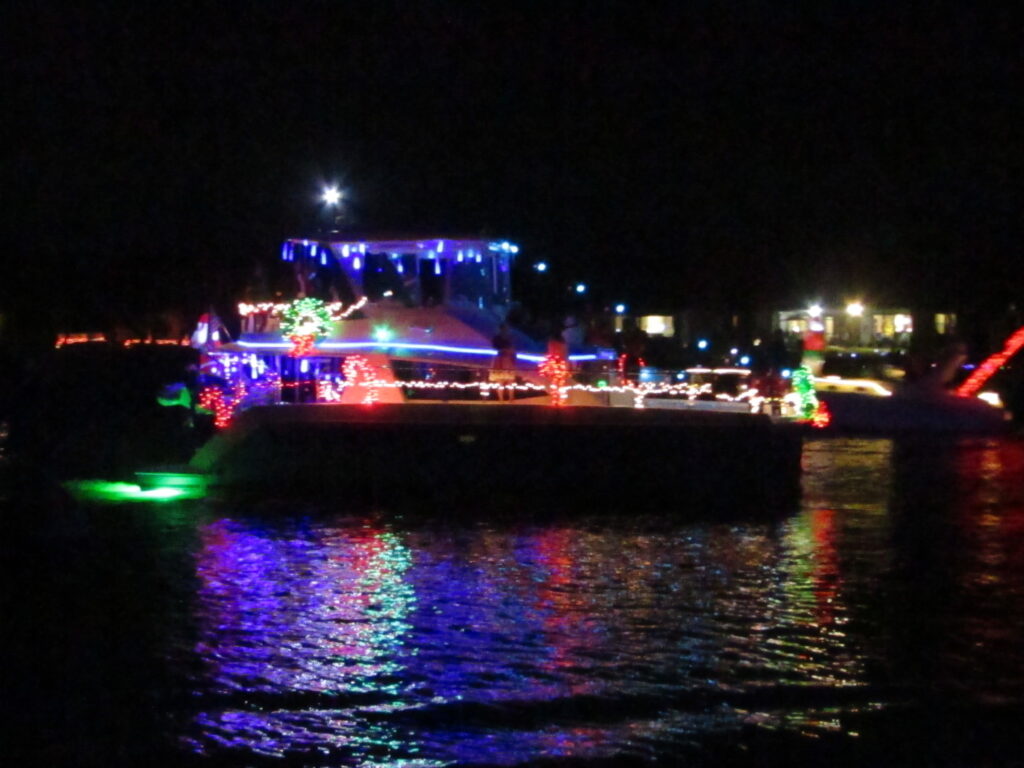 Leadership Lessons with Dr. Saviak …Integrity Is Everything

Rotarians Across District 6970 Step Up to Feed Heroes