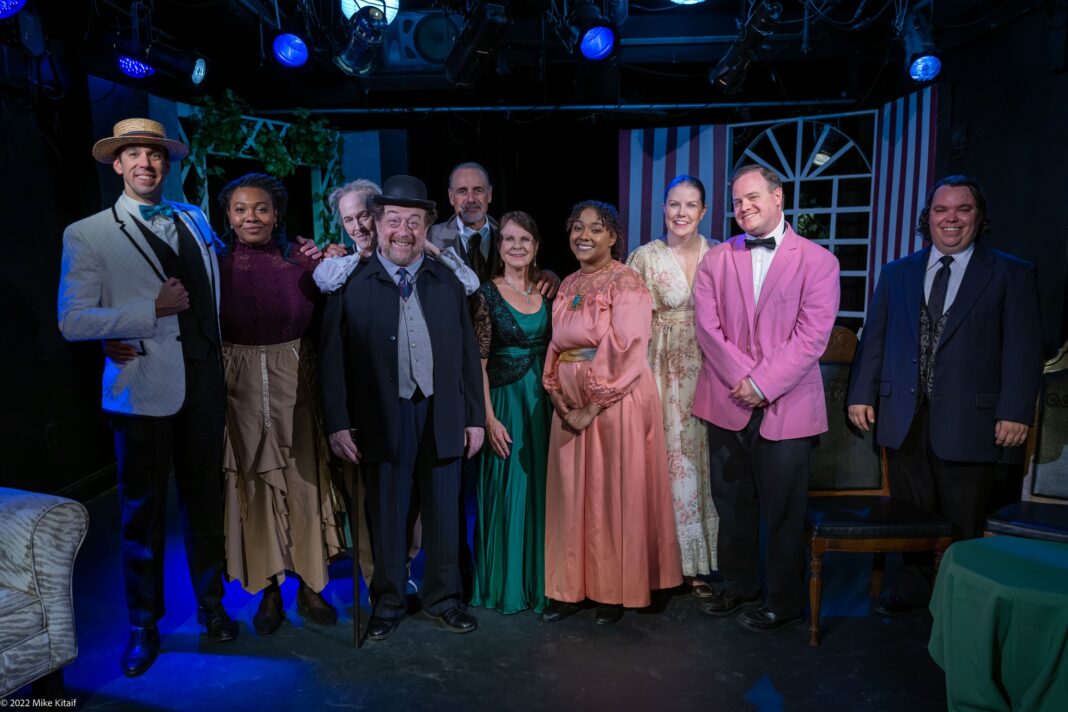 Palm Coast, Florida – One of the funniest plays in the theatrical repertory, “Charley’s Aunt,” comes to Palm Coast in October and November at the celebrated CITY REPERTORY THEATRE.

The play was written by Brandon Thomas and first performed in London in 1892.  Its hilarious plot revolves around two college friends desperate to find a chaperone, any chaperone, so that they can court the ladies of their dreams.  The play runs Friday and Saturday, October 28 and 29, at 7:30 p.m.; Sunday, October 30, at 3:00 p.m.; Friday and Saturday, November 4 and 5, at 7:30 p.m.; and Sunday, November 6, at 3:00 p.m.  For tickets call 386-585-9415 or visit www.crtpalmcoast.com or Eventbrite at crtpalmcoastseasonpass22-23.  The theater is located at City Market Place, 160 Cypress Point Parkway in Palm Coast.

The play was a hit for Jack Benny in the 1941 movie adaptation and has played to record-breaking audiences worldwide.  Key to the play’s success are finely tuned ensemble performances.  Accordingly, the actors in this production are some of Florida’s finest.  In the leading roles are Cameron Hodges, a veteran of St. Augustine’s Limelight Theatre and The Flagler Playhouse; Danno Waddell, well known to CRT fans for his many defining roles including Mister Hale in ‘The Crucible’; and Beau Wade, another popular CRT veteran not only as an actor but also a director.

Notes one area critic, “These are performances of the highest professional level.  Any one of these actors could easily step on to a Broadway Stage.  “Charley’s Aunt” is sure to be one of the most memorable productions in the history of the City Repertory Theatre.”

The City Repertory Theatre was founded in 2010 by John Sbordone and Diane Ellertsen. It is known for its edgy and courageous staging of theater classics, both old and new.  Wrote one theater-goer recently, “It is a small, intimate venue packed with big city quality talent.”